Role playing is a great way for teams to visualise a solution they have designed.

In a role play, team members act out a situation. For example, one team member may act as the user of a website, one as the website itself, one as an external system the website has to communicate with and one as the delivery process. The team works through a whole scenario end-to-end.

It can be surprising just what comes out of a role play. Things that looked straightforward on paper sometimes aren’t as easy when played out. And the act of working in physical space and talking a process through shows up issues that may not have been easy to see on paper. Role plays are also particularly good for exploring the linkages between systems or processes.

Role plays can be done anywhere in a design process. They can be very powerful when a team is discussing an initial idea, but may not all have the same thing in mind. They can also be useful when a design is detailed, to visualise how it will really work.

At the beginning of the role play, describe the background and any other detail that is needed to understand the context. Assign roles to the team and ensure everyone understands their role.

If needed, outline the scenario you’ll be role playing.

Role play the scenario. Make it as realistic as possible – with real data, real questions and real actions. Don’t skip over anything or rush through a part – you may miss something important.

Remember to act up – playing it up a bit will make it more fun and help highlight the high and low points. Don’t break out of role to discuss anything that comes up – continue to play right to the end of the scenario (stopping breaks the flow).

If needed, swap roles and/or run through another scenario.

At the end of the game, discuss things that worked well, went badly or surprised you.

Game at a glance 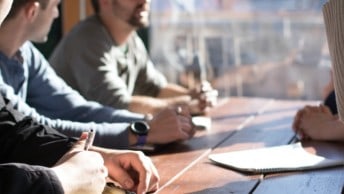 Description Reverse It is a simple game that can help a design team get unstuck when trying to solve a problem, or to generate new ideas. Instead of... 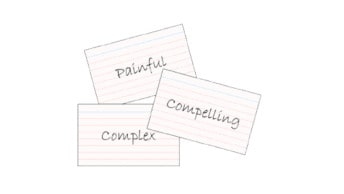 Transcript: “I use my strengths and weaknesses to add value to my team : Ask Me Anything.”

This week we hosted Natalie Eustace in our Slack channel to discuss harnessing personality traits to form a cohesive team. We talked introversion...